We teamed up with a crafty local entrepreneur in Bali to develop the branding and store concept for a much needed late night snack: hot wings. It began with hand drawn sketches of the logo and ended with a fully wrapped food truck in a prime location in Canggu, Bali.

We were approached by an entrepreneur during the initial planning stages for the opening of a new restaurant in Canggu, Bali. The London-native thought the city lacked great hot wings like he’d find back at home and saw an opening in the market. Furthermore, as real estate prices were beginning to soar, the idea of a food truck became more and more appetizing as it would also be one of the first around. We were brought in to build the brand for this new venture from the ground up, as well as design the vehicle that would serve as the restaurant itself. 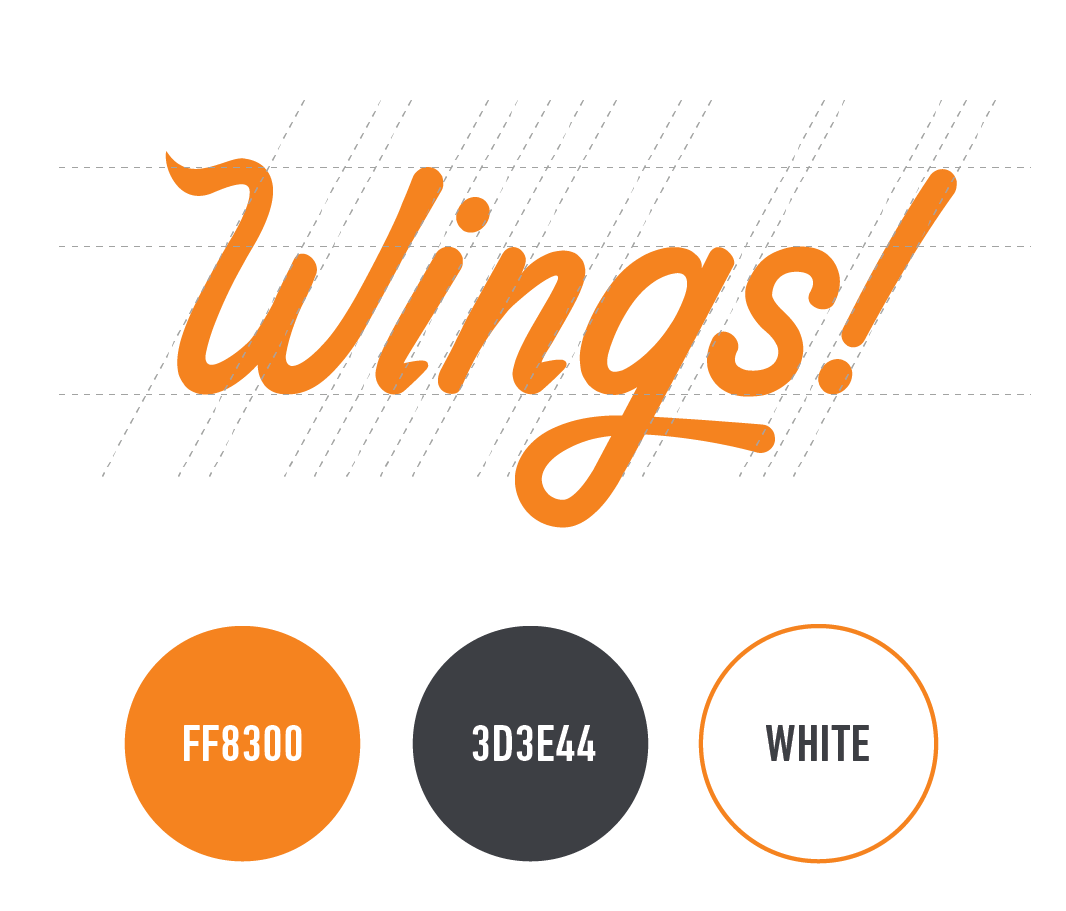 The name “Wings” was chosen for it’s simplicity, as there was little need to muddle the brand name with what they served. Simplicity then became the mantra for the rest of the project. After researching numerous other hot wing brands, especially those in New York City, we felt that a bright, bold personality would feel right at home alongside other night-time fare. The color palette would consist almost entirely of the color orange, a connection to buffalo hot sauce, the shade most associated with the food.

An Emblem of Confidence

We designed a custom, hand drawn font that’s friendly and welcoming without sacrificing the expectation of quality. The tip of the “W” subtly emulates the end of a chicken wing, while the slanted letters and oversized exclamation point add to the brand's audacious personality. We placed all of this inside a badge-like circular design where we could artfully include both the food’s inspiration (New York hot wings) and it’s location being Canggu, Bali. In establishing the rest of the guideline system, we selected DIN in all caps as the primary brand font both because of how loudly it could speak in applications like advertisements and its supreme legibility when reading at a distance.

The next challenge was translating this brand to the restaurant itself, a renovated vintage VW bus. It was decided early on that a full top-to-bottom vinyl wrap was needed so the van could be seen from the street as scooters and cars would pass. As the truck was being constructed and outfitted with equipment, we took measurements of the entire vehicle and worked on-site to ensure that the design was fit to scale. Once we were ready, we worked with a local print shop to match colors to the preexisting paint jobto have a seamless wrap. 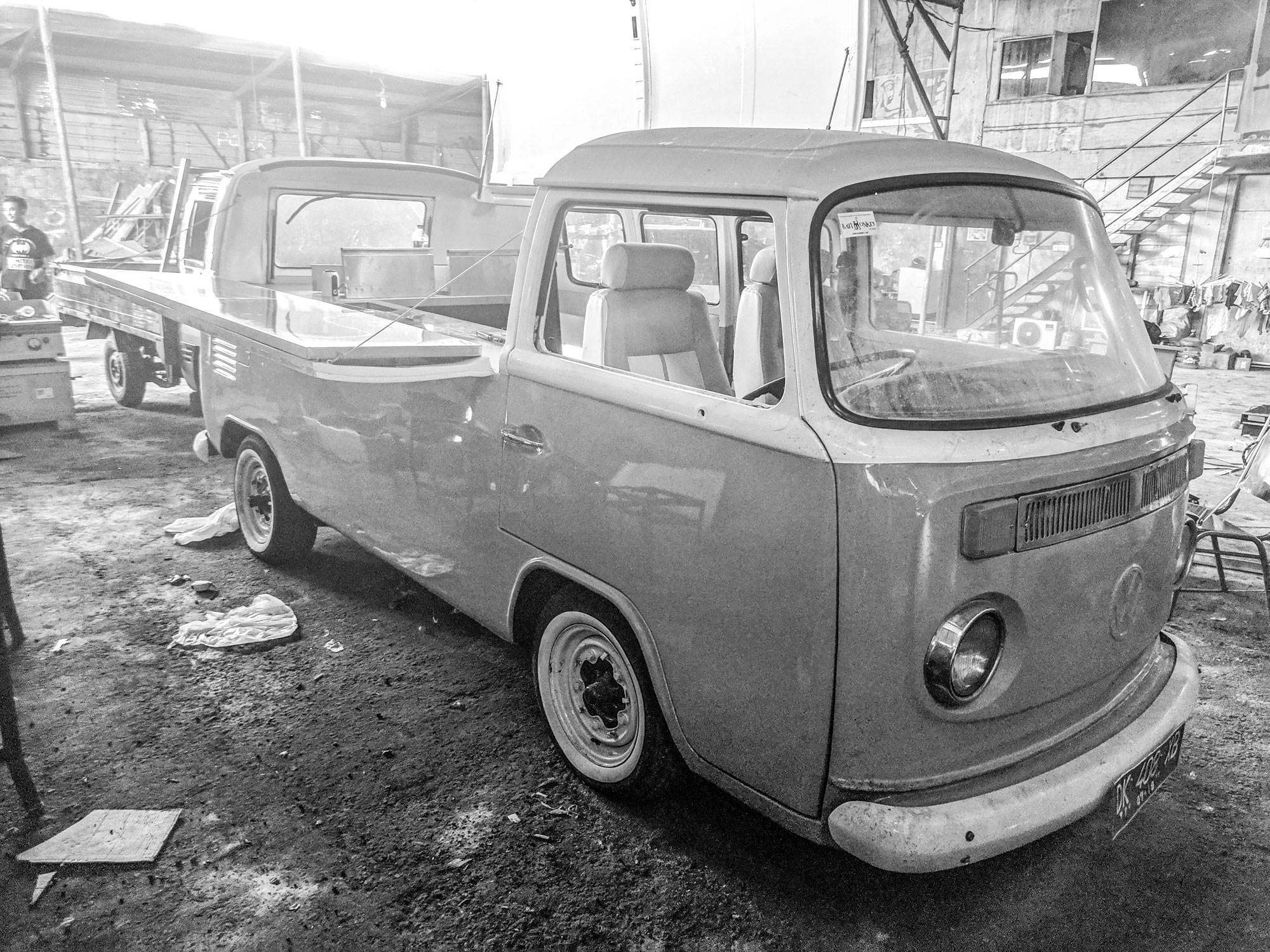 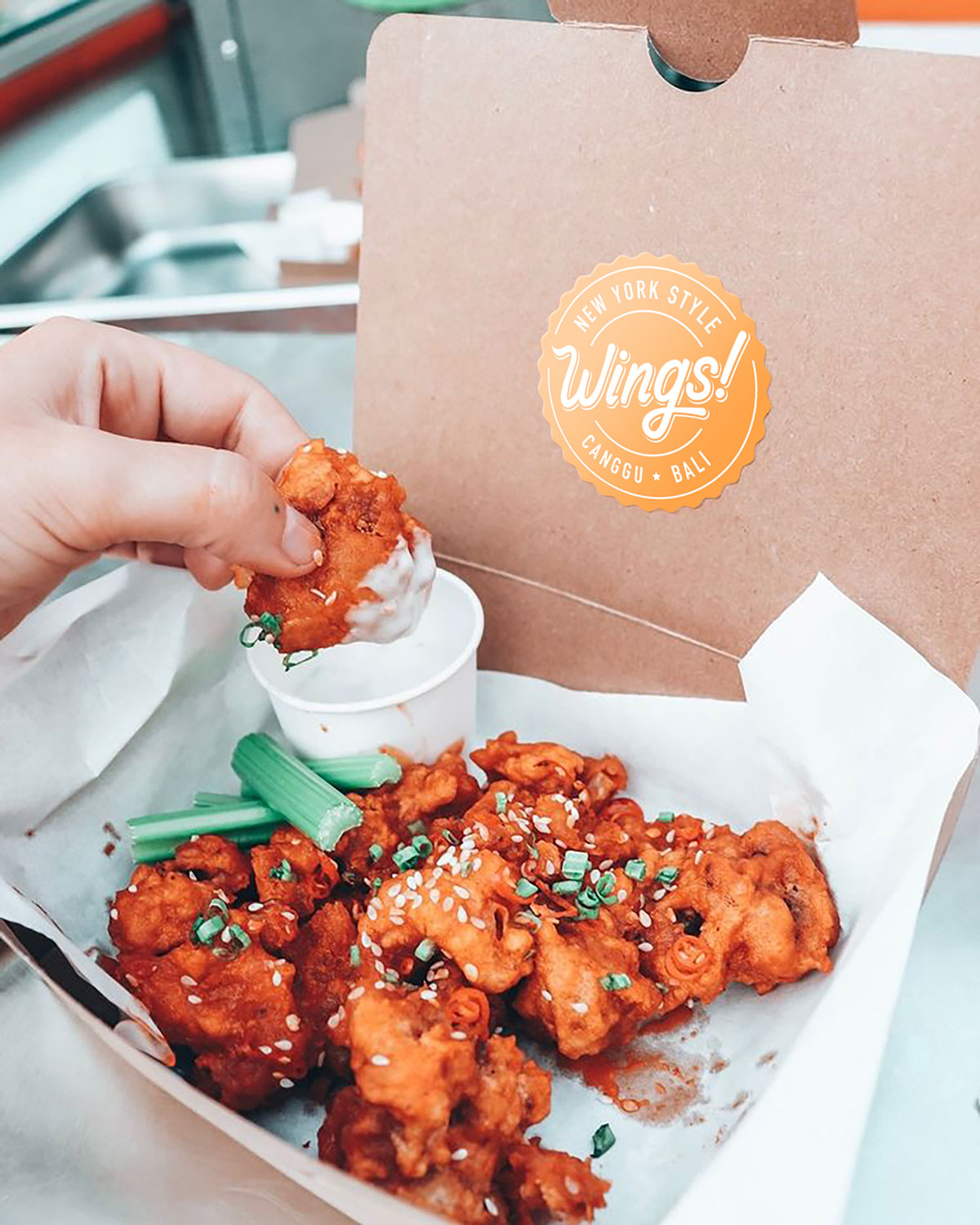 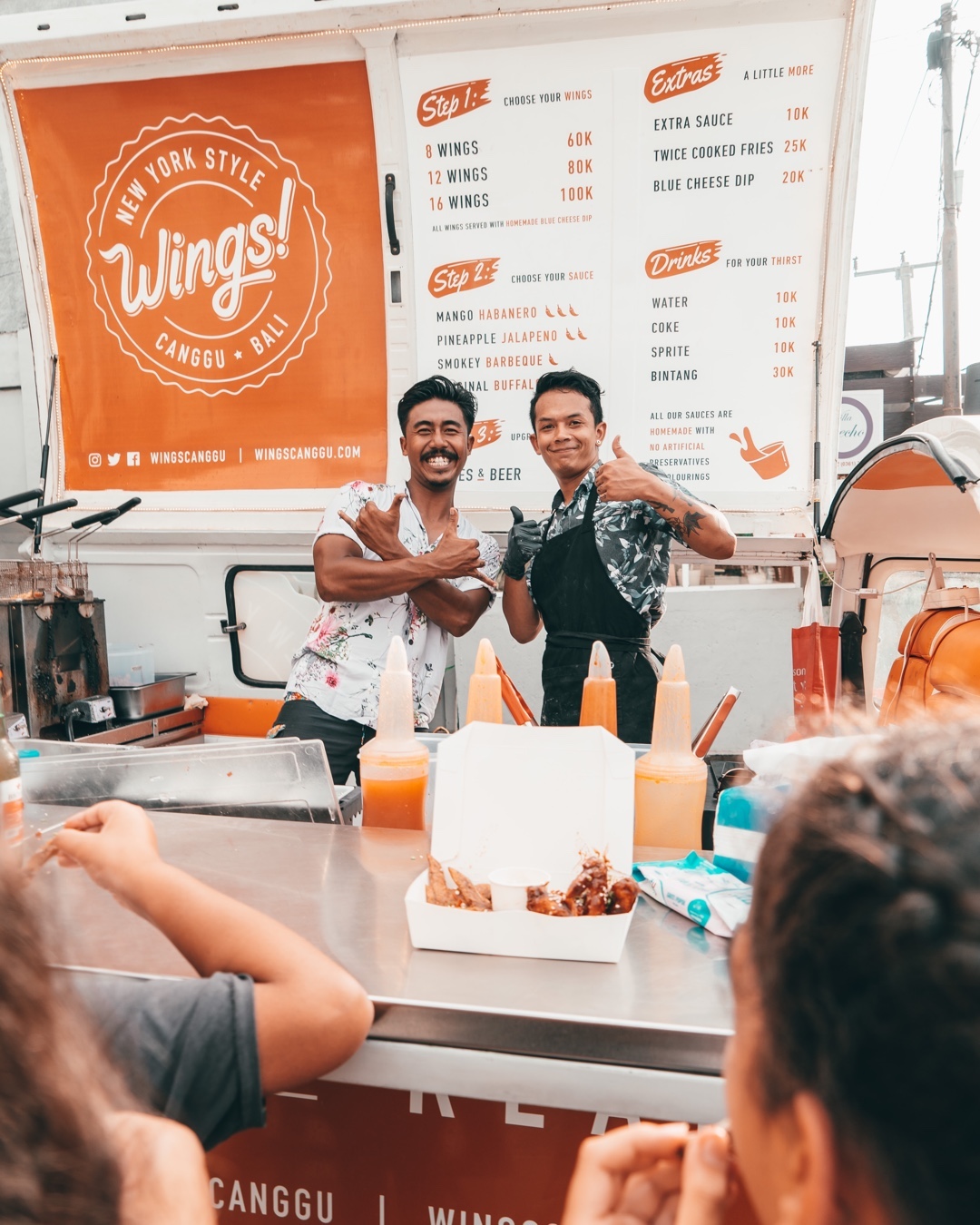 Attention on the Streets

Once the shop was up and running, we proposed a street advertisement to be placed near the primary location to direct interest. Because it would be viewed mainly by scooter drivers, we kept it short and simple, much like the brand itself,. 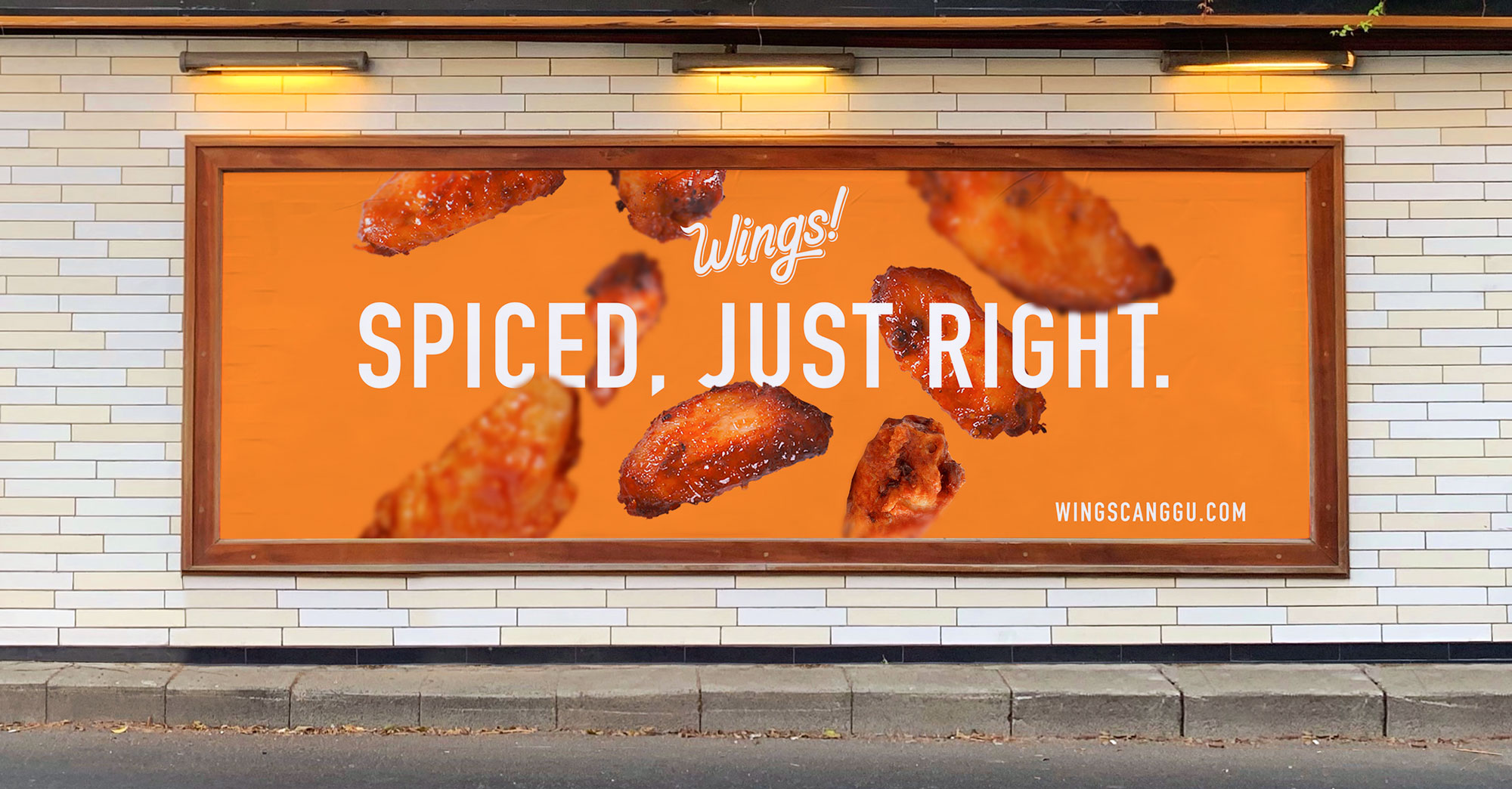 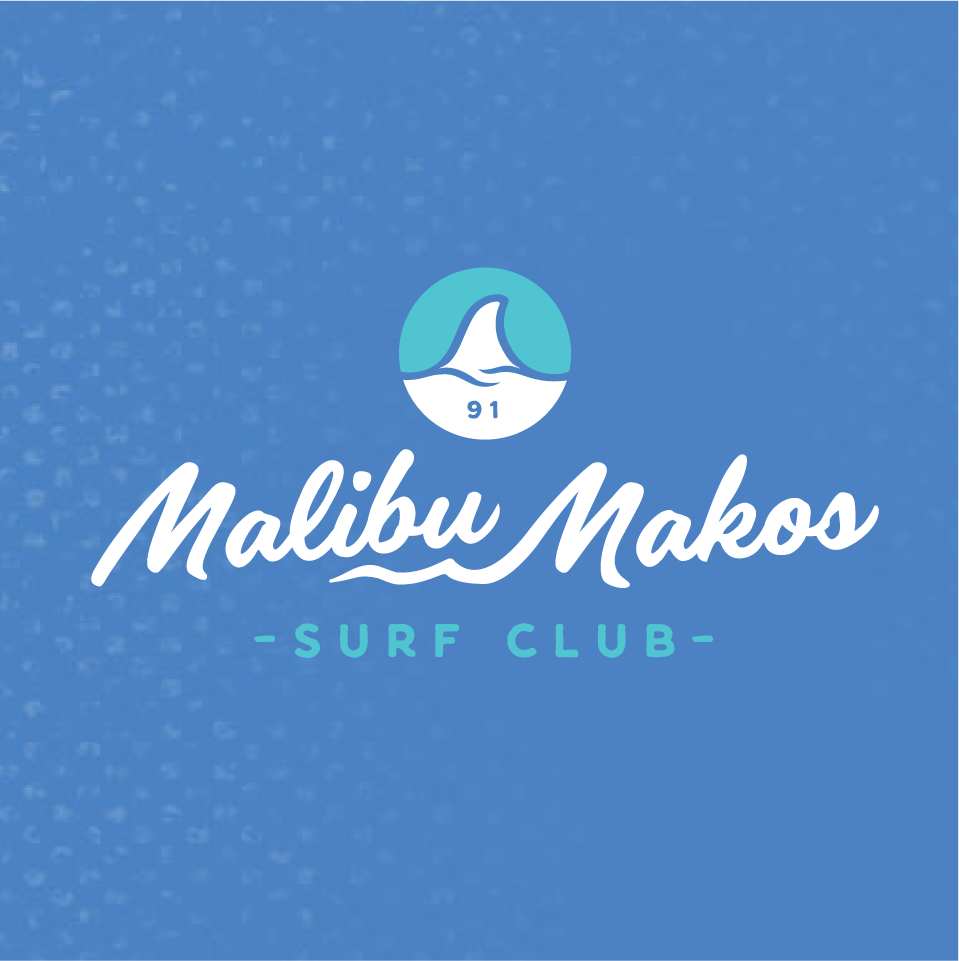